Celery is grown as a spice crop as well as a medicinal crop. The oregano plant looks like a bush. Its plant is a species of the coriander family. Which is found to be about one meter in length. Celery seeds contain a mixture of many minerals. The use of which is very beneficial for human beings. Oil is extracted from its grains. Which is used as medicine. Apart from this, it is used as an ayurvedic medicine by grinding its grains.

Celery is cultivated during Rabi season. Winter is needed for its seedlings to grow. Its cultivation does not require much rain. Its trees can tolerate some amount of frost in winter. Its market price is good. Therefore, its cultivation is considered beneficial for the farmers.

If you also want to make a good profit by cultivating celery, today we will give you complete information about its cultivation.

Celery cultivation requires fertile soil with proper drainage. In addition, it is cultivated in light sandy loam soils for higher yields. The soil pH value for celery cultivation should be between 6.5 to 8. It should not be planted in high humidity or waterlogged soils.

There are many varieties of celery, which farmers grow in different places for good production. All these varieties are based on their ripening and production.

This variety of celery is designed for early yield. It is mainly produced in Rajasthan and some parts of Gujarat. Its seedlings mature in about 130 to 140 days after sowing. Its trees are about three feet high. The average yield per hectare is 8 to 9 quintals.

This variety of celery has been developed to give higher yields in less time in both horticultural and horticultural fields. Seedlings of this variety mature about 135 days after planting. Which looks like a bush. The average yield per hectare of this species has been found to be more than 10 quintals.

This variety of oregano has been developed by National Research for Seed Spice, Tabiji, Ajmer for late production. Plants of this species are found in height of three to four feet. The average yield per hectare of this species has been found to be around 15 quintals. This variety can be easily cultivated in all types of soils. Its plants are ready to ripen in about 170 days after sowing.

This is an early yielding variety of celery. Developed by J National Research for Seed Spice, Tabiji, Ajmer. Seedlings of this variety are ready to ripen in about 145 days after planting. The average yield per hectare is around 13 quintals. This variety can be grown in both horticultural and irrigated areas. The effect of powdery mildew on these types of plants is very low.

This is a late yielding variety of celery. The seedlings start yielding about 170 to 180 days after planting. Whose average yield per hectare has been found to be more than 10 quintals. Its grains are found to be smaller in size and more fragrant.

Celery is known as a late yielding plant. Its plants are ready to ripen in about 170 days after sowing. With an average yield of 8 to 12 quintals per hectare. Trees of this species are found about three feet in length.

This variety of celery is designed to produce in normal time. Seedlings of this variety mature about 160 days after planting. Whose average yield per hectare is around 10 quintals.

Apart from this there are some other regional varieties, which are grown by the farmers in different places to get more produce.

Transplantation of celery plants is done through both seeds and seedlings. Therefore, its seedlings are prepared for transplanting through seedlings in the nursery one month in advance. In the nursery, it is planted in the bed or in the pro-tray. When preparing its seedlings, plant its seeds in rows at a distance of about four centimeters from the bed. Before sowing the seeds they should be treated with appropriate amount of bavistin. Its seeds are ready for replanting about 25 to 30 days after planting.

Herbaceous plants are transplanted through seeds and seedlings grown in nurseries. But it is better to plant it as a plant.

When sowing by seed, its seedlings are planted by spraying method. Spraying requires about three to four kg of seeds. Its seeds should be processed before transplanting. So that there will not be any problem while germinating the seeds.

To sow the seeds, first the right size beds are made and the seeds are sown in it. The seeds are then mixed into the soil to a depth of one centimeter with the help of dental or hand. Planting too deeply affects its germination. 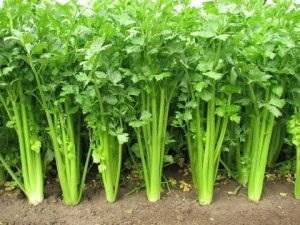 Its seedlings in the form of seedlings are planted in the field at the right distance by making them maids. When making medicine, spacing one to one and half feet apart in each buns. And when planting seedlings on the bed, the distance between each seedling should be about 25 cm.

In both the methods of planting, the seedlings are planted on the basis of early and late varieties. Early varieties should be sown from late September to mid-October. For normal and late planting, seedlings should be planted by mid-November.

At the time of transplanting in both methods, it is planted in dry or moist soil. Therefore, water immediately after transplanting. But when irrigating the bed, keep in mind that the price of water should be kept low. This is because if water is given at a higher rate, its seeds are carried away and go to the shore. Oregano plants need moderate irrigation. Water the seedlings as required after 10 to 15 days of germination after germination.

Planting a plant suitable for making vegetables or salads requires common fertilizers. For this, while preparing the field at the beginning, 12 to 15 carts of old manure should be thrown in the field and mixed in the soil. In addition, about 80 kg of NPK is available in the form of chemical fertilizer. This amount should be sprinkled in the field during last plowing. In addition, about 25 kg of urea fertilizer should be sprayed on the plants a few days before flowering.

Plant diseases and their prevention

Many types of pests and bacterial diseases are found in oregano plants. If they are not taken care of in time, there will be huge loss in production. 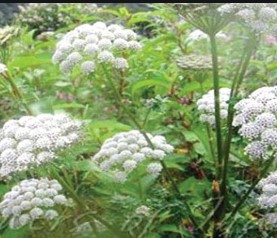 The effect of mahogany in plants, which are useful for making vegetables or salads, is seen in the change of seasons. Insects of this disease accumulate on the leaves and soft parts of the plant and absorb their sap. This stunts the growth of plants. As their effect increases, so do the trees. Its insects are very small green, red, yellow. Proper spraying of dimethoate, malathion or monocrotophos should be applied on the plants immediately after the onset of the disease. In addition, the crop should be planted at the right time.

Inflammatory diseases are spread by fungi in celery plants. The disease appears on the plants due to persistent moisture in the climate. At the onset of the disease, light brown spots appear on the leaves of the plant. As the disease progresses, the leaves wither and die. Mancozeb should be sprayed on the seedlings in appropriate quantity to control the disease.

The disease is transmitted by the fungus in celery plants. At the onset of the disease, white spots appear on the leaves of trees. As the disease progresses, the size of the spots increases. As a result, white powder accumulates on the leaves of the tree. Proper amount of soluble sulfur should be sprayed on the plants to control this disease.

Celery seedlings are ready for harvest about 140 to 160 days after planting. Its seed clusters turn brown when ripe. After removing the seedlings, they should be collected in the field and dried. And when the seeds are well established, separate them by striking them with a wooden stick.

The average yield of different varieties of celery per hectare has been found to be around 10 quintals. The market price ranges from Rs 12,000 to Rs 20,000 per quintal. According to this, farmers can easily get income from one hectare to one and half lakh to two lakhs at a time.

How to cultivate Kalonji – Kalonji farming

How to make advanced cultivation of Fennel – complete information!

How to make advanced cultivation of cumin – complete information